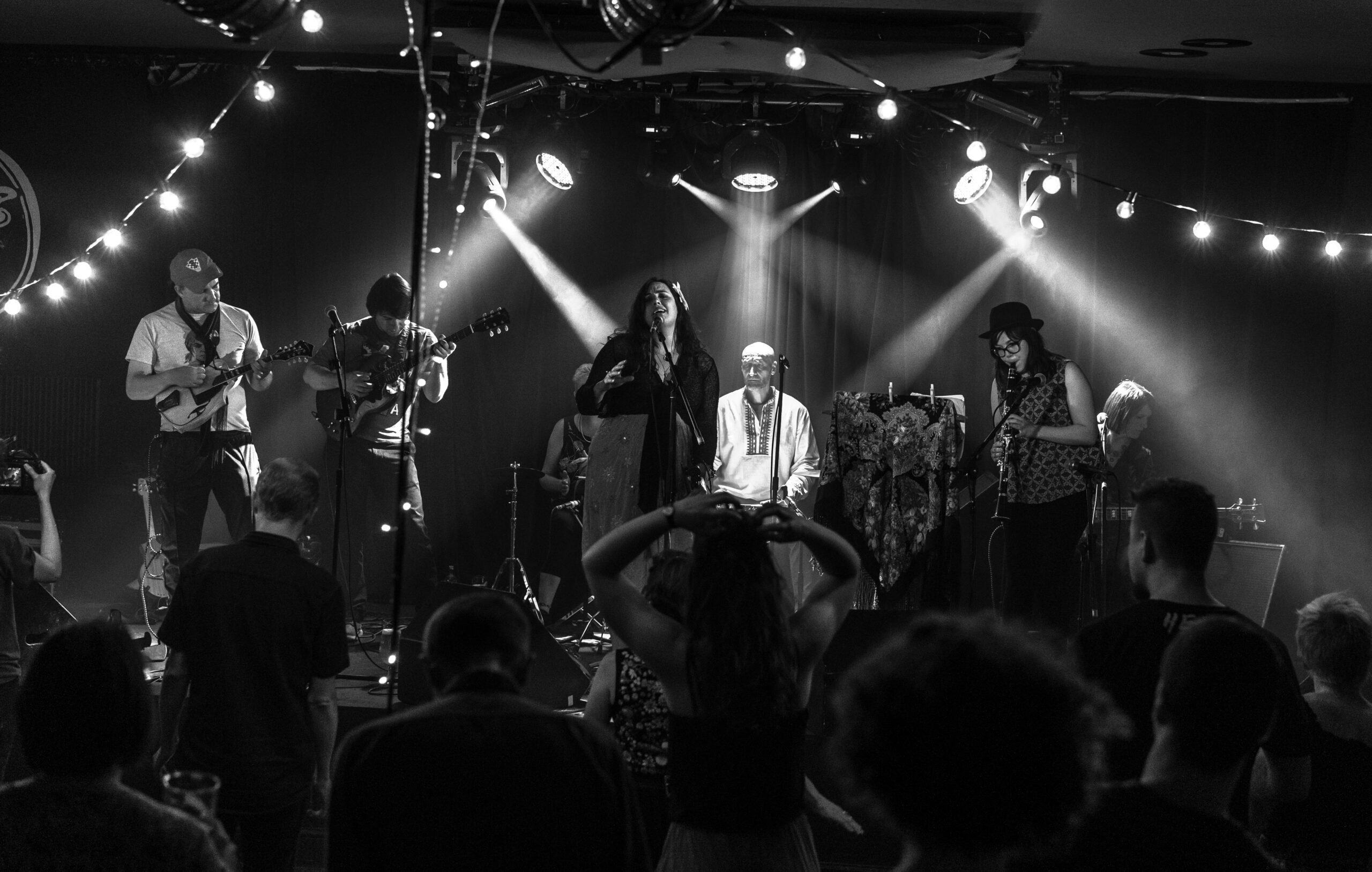 People always ask me one question after a gig: what language were you singing in? The answer is, about eight different ones. More than half of our songs are borrowed from Roma musicians, and are mostly sung in the dialect that is spoken by Roma around Serbia, Bosnia and Macedonia. We also perform songs from Romania, Hungary, Bulgaria, Serbia, Bosnia and Croatia, Russia and Turkey, and we’ve even snuck in a little German/Italian/English medley.

I realised after having so many conversations with people who’d come away with the impression that all our songs are in one language, that I might as well be singing in Dothraki for all the sense it makes to people. The second question they then go on to ask me, is, Do you speak all those languages?! The answer is, of course I don’t! I listen again and again to the original recordings of the tunes, and I translate each song word by word using this Roma-English dictionary. I sometimes ask my friends from those countries to help with the pronunciation as well (anybody who’s tried to  read a couple of sentences in Hungarian will understand why we only have one song from there, which I always introduce with an apology to any Hungarians in the room…). Over the years I’ve managed to develop a feel for these languages, and can just about order a meal in most of them! As it happens, Balkan Romani is an incredibly mellifluous language, with lots of natural rhymes, and a fairly straightforward grammatical structure; I love singing in Romani, and we tend to be drawn to the music of this culture more than any other.

Being an English girl from Hatfield, whose only very small claim to authenticity is the fact that two of my grandparents came from Eastern Europe, I work hard to do justice to the music of the Roma people: rather than producing a pastiche, we pay a respectful tribute to this incredibly musical tribe. When we arrange a song, we take the original as a jumping off point, and play through it multiple times before starting to think about ways we can make it our own. Sometimes, as with our cover of Zvonija Zvonija, we decide that the original arrangement works so well that we simply copy it. We played Kelushka for two years before deciding to take it into slightly psychedelic territory (switching piano for a heavy electric organ sound, mandolin for tambura, and adding a lengthy improv section inspired by some Bulgarian kolos, which modulates from E minor – D mixolydian – C hijaz.)

The thing I most love about shunTA! is that, although we love playing for our fellow musicians and yugoslavaboos, our most memorable, crazy shows are usually when we’re playing to a room of people who don’t know anything about Balkan music, people who just went for a night out, and suddenly find themselves being swept onto the dance floor by the driving rhythms and the raw passion of the tunes. But, even though I can convey the meaning of the lyrics through tone and expression, I know that some of our audience members would like it if I explained the meaning of each song. I don’t do this on the stage, as it interrupts the energy of the music; I think this works well for more sedate, highbrow performers but that ain’t us! But here, I have written out the lyrics to each of our songs, with a translation, background information and a link to the original artist’s performance. I hope you enjoy finding out about the music, and that next time you see us live, you have an even more immersive and transformational experience.